“Young people are a target group I have always loved working together with.

I want to give to the young people an opportunity to develop as musicians, as well as experience the professional music life.”

PLAY!GROUND LIVE is a musical orchestra concept that has several years behind it.

The young musicians, their synergy and the very special interaction that takes place in the composition of new talents – year after year.

Since its inception in 1990, creative and far-reaching cultural ideas have emerged from Kulturremisen Brande. Chairman of the association, Birgit Vinge and musician Erik Moseholm wanted to start a new huge joint project – new tones were needed in the Danish musical landscape.

Based in Saxhildshus, the upcoming EU-funded initiative was launched, which would later prove to be able to celebrate its 15th anniversary later on in 2016.

The pilot project started in 2001 and was given the opportunity to grow large and strong over the next few years.

The composition of the two words highlights the purpose of what PLAY!GROUND LIVE is all about: The concept is a “playground” for musical development, which takes place live at the same time, with all the unexpected, educational results this may lead to. It is a way to activate young musicians between the ages of 15 and 22 by putting presence and energetic commitment on the agenda.

Every year offers a new team of musicians who then make up the given year’s PLAY!GROUND LIVE orchestra. After a short and intense rehearsal period, the orchestra goes on to play concerts at various venues around the country when they go on a week-long national tour.

From shops to small venues and from outdoor to indoor live concerts, the physical setting of the project is tested and rethought for each year.

Starring in the role of seasoned supervisor, conductor and musician, Bo Stief has been tasked with equipping the young selected musicians to perform live to the very best of their ability.

What PLAY!GROUND LIVE wishes to accomplish is, among other things, to get the talented musicians to transcend the live stage – which they have also been able to do over the years, both in a figurative and physical sense.

Performing with a smile on your face

Bo Stief relatively quickly found the basic form of the concept. With a belief that music is a personal and creative act that involves everyone, the idea that music is just something you learn was removed from the project. PLAY!GROUND LIVE is instead based on the idea of ​​being: being on, being present and being together.

Presence, commitment and the need to contribute to a good and engaging concert experience are the basic elements of PLAY!GROUND LIVE. Learning by doing is the foundation of how useful experiences can be acquired, and where the young musicians are put in a realistic situation, as well as a direct encounter with the music, rather than a professionally-based understanding behind the school desk, where rhythm and tone are anything but tantalising.

According to Bo Stief, music has taken an overly pedagogical direction; it has distanced itself from the immediate, effective effect live music can offer. For comparison, PLAY!GROUND LIVE wants to influence with positive energy and create a cohesion that activates both the venue and the audience by breaking with the usual framework, physically as well as musically.

Every year, Bo Stief has been responsible for the musical repertoire and adapted it to the new composition of music. The compositions of musicians are completely unique and therefore there is also the opportunity to adapt the track list, so that there is room for each individual musician to shine in the spotlight.

Energy, power, will and vitality – these words have come to sum up PLAY!GROUND LIVE’s annual musicians as they aim to create magic through superb and catchy interplay.

The experience at heart

PLAY!GROUND LIVE is built on the basic philosophical attitudes to life: Project “action” by being present and give something back to the listeners. Energy and expression are the core values ​​of the project. Giving the audience a good, captivating and not least exclusive experience shared together every year, is the essential purpose and at the forefront of PLAY!GROUND LIVE’s mind.

The project has also been improved year by year by finding the best model for the initiative; when PLAY!GROUND LIVE started having try-outs for the band in 2011, the selection of work was streamlined and interested participants were given the opportunity to shine with their passion for performance.

All logistical work is organised by Swinging Europe: tour bus, rehearsal rooms, concerts and hotels are found and rented, so that a week-long tour starring the musicians can take place every year. When creativity is combined with practical execution, young up-and-coming the musicians can deliver their best personal effort for each concert.

The project has participated in Copenhagen Jazz Festival since 2009 and Aarhus Jazz Festival, and has played several places around the country, constantly evolving in terms of how to capture the audience’s attention through creative and fun ideas.

In 2016, PLAY!GROUND LIVE was able to celebrate its own 15th year anniversary. The event was celebrated at Herning City Hall on March 29th 2016. Here, the chairman of the Culture and Leisure Committee, Johs. Poulsen, speaking on behalf of Herning Municipality and both conductor Bo Stief and former chairman of the board of Swinging Europe, Per Kap Bech Jensen, gave speeches of thanks.

PLAY!GROUND LIVE has always been in development in terms of innovating itself – this also happened in February to March 2017, when the Nordic counterpart to the project unfolded under the title PLAY!GROUND LIVE NORDIC. In this constellation, the twelve musicians played a total of 18 concerts on Danish, Swedish and Finnish soil for the very first time.

With several successful years behind it, PLAY!GROUND LIVE has proven itself to be a project that brings the unfiltered joy of music all the way past the live stage and directly into the hearts of the audience.

Joy of life and a playful approach to performing have made the pilot project grow into an established annual event, which will continue to emerge at home and abroad in the coming years.

The interplay of young musical talents is the essence of PLAY!GROUND LIVE and invites everyone to join and come along on the eventful journey. 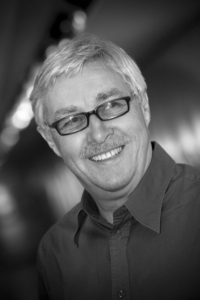 Conductor Bo Stief is an established musician on a national as well as international level.

With more than 50 years of experience from the world of music, he has composed the music in PLAY! GROUND LIVE, which is renewed in the hands of the young talents.

Bo Stief has been associated with the project for many years and with a quick hand he has guided the new twelve musicians for each year. With more than 50 years of experience as a musician, Bo Stief is a versatile composer and bassist who has tried his hand at everything from swing, hard bop, funk, rock, afro, Latin and Nordic live music with great commitment and immersion.

After many years of experience working with young people and talent development, he emphasizes both the high musical level and the social aspects when traveling around the country.