Melting Pot was an European initiative, which started back in 2013. The initiative was a collaboration between 4 partner countries, counting Ireland, Germany, Poland and Denmark, featuring Swinging Europe as one of the main partners.

The purpose of the project was to offer young European musicians the opportunity to create new compositions through improvisation and collaboration across genres, art forms and aesthetics.

There were a total of 7 laboratories and in 2016, Melting Pot culminated in being presented in the European Capital of Culture in Wroclaw, where musicians from Melting Pot participated in improvisations and concerts around the city. The previous Melting Pot labs focused on improvisation in jazz and world music, the interface between music and images, sculptures, movies, poetry and sound, as well as installation art. In 2013, Søren Knudsen took part in Lyngsøe on behalf of Swinging Europe and in 2014 both Bilal Irshed and Gorm Askjær participated. In 2015, Mette Marie Ørnstrup, who is a singer and former member of the orchestra Grænseløs, participated.

“I took part in the Melting Pot lab i Wroclaw, Poland, which was a great experience. For the auditions, we cooperated as a music group with a local modern dance group, where drew inspiration from my experiences from previous similar projects. I functioned as one of the persons creating a relation between the musicians and dancers. It was interesting to meet the other musicians from Poland, Luxembourg, Belgium and Germany. From the start, the music group had good musical collaboration and in tune with each together, and I only felt that there was great respect for each other’s differences to be found. “- Mette Marie Jensen Ørnstrup 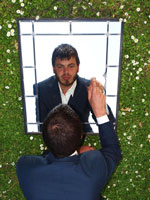 In 2014, guitarist and composer Gorm Askjær participated in Melting Pot. He describes the experience as follows:

“I arrived in Wroclaw on a Monday when I met the other participants during the afternoon. The following 2 days we practiced with the other musicians, but also with a dancer. It was a mix of free improvisation and performing each other’s compositions, among other things. It was interesting to meet the other musicians from Poland, Germany and Belgium, and we got to play a lot of good music together. The project has also provided me with good contacts from these countries – including organisers (festivals and venues) from Poland and Belgium. The final concert took place in Wroclaw’s Philharmonic Hall and was well-attended. The music was accompanied by a dancer and scenography with lights and sculptures by a Polish artist. What was really rewarding to me was that the tests were socially defined, as well as meeting new musicians, new contacts and getting new experiences. “ 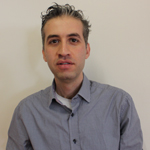 Bilal Irshed participated in the second meeting, which took place in 2014 in Wroclaw. He is a mentor for the multicultural orchestra Grænseløs (Limitless) and has experience of mixing musical traditions. He describes the significance of participating in Melting Pot as follows:

“Participating in the Melting Pot project has been a great experience for me. The sessions, which led to a performance, were really interesting and it was also a process that I really learned a lot from. For example, in the composition ‘Water and Stone’ written by Kristian Blak – a combination of written music and improvisation, combined with film clips from the Faroe Islands, it created a unique and challenging musical situation.

The intercultural meeting with musicians from different countries and with different musical backgrounds was both challenging and inspiring, and the way in which the composers worked and interacted with one another in the band was a new experience for me, and showed me an unexplored side of music. At the same time, I was able to see my personal contribution to the project was remarkable, especially seeing as I play a distinct instrument: I really felt that it gave the band a more unique sound. The final performance took place in Chamber Hall in Wroclaw with almost all seats full.” 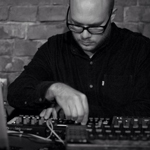 I 2013 Søren Knudsen Lyngsøe represented Swinging Europe. Søren is a sound artist and composer and has played in the Danish band Blood, Sweat Drum + Bass, among other things.